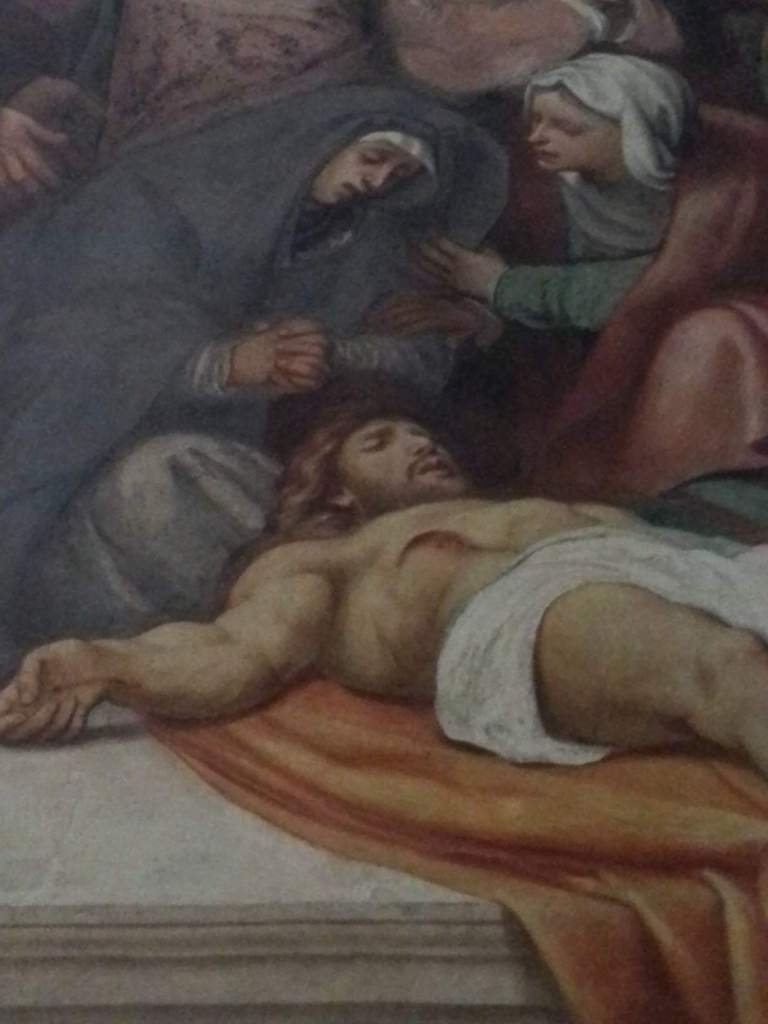 (Photography: Becker, Allison. Image of art within the Duomo – Cremona, Italy. Image description: A painting on a church wall depicts Christ after the cruxifixction – his body  taken down off the cross. The wounds on his hands, side, head are shown. Mary, his mother, together with other disciples gather close to him in tenderness and in grief.)

Blood poured from his feet

His voice crying out in anguish

The sky above:  midday inescapably dark

The sun: its brilliance hidden away

Had it been just twelve hours?

They had been at table together

Before his blood-sweat prayers in the garden

Waiting outside during the trail

Even Peter denied him

They all had fled

Far off in the crowds

Pilate had washed his hands

Amid the shouts of “crucify!”

Had they been any better than Pilate-fleeing from

The intensity of it all?

They had been with him for three years..

And the women pushed through the crowds

Their few faces of love

Struggling against the tide of hate

They hoped he had glimpsed them

At least one of the times he fell…

of his supposed treason

For all to see

There was no coming back from this

How could the death of the messiah-servant